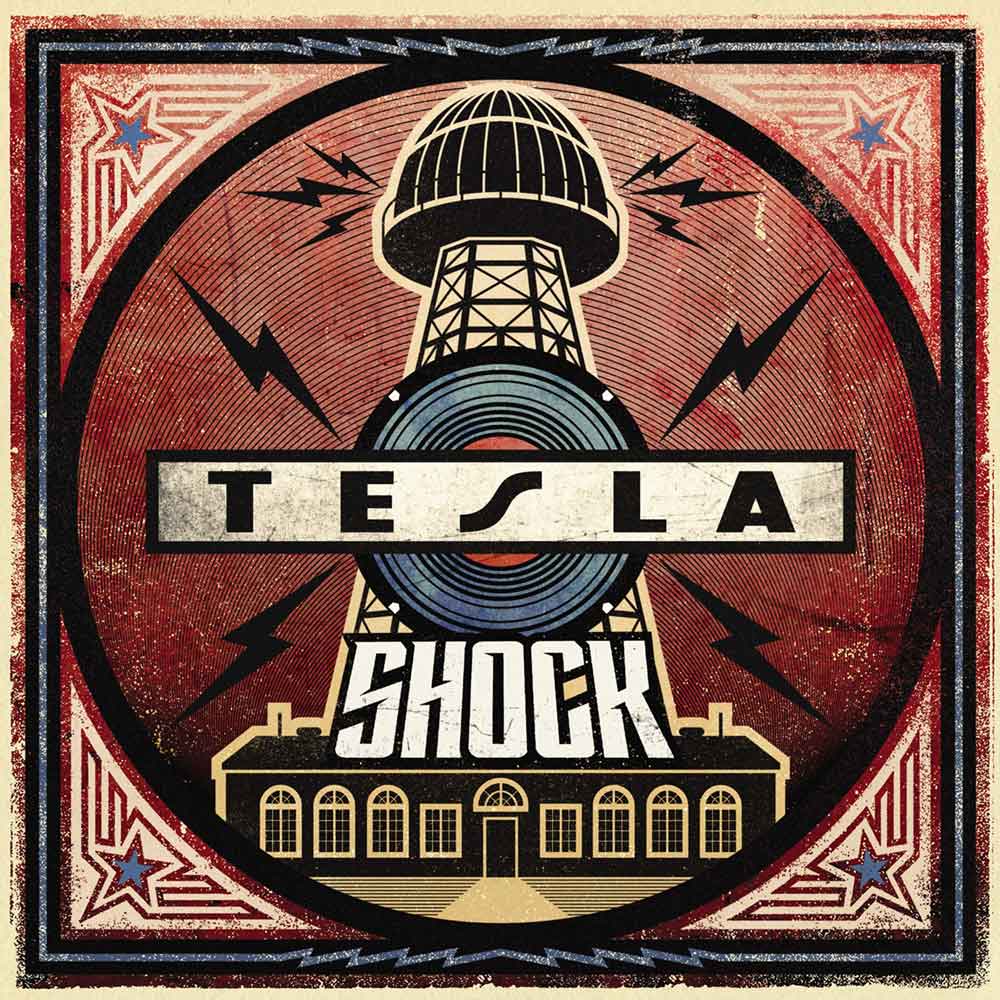 The legendary American rock band TESLA will release their new studio album, SHOCK, worldwide on March 8 via UMe. The album is available now for preorder in CD, digital, black vinyl, and limited edition translucent blue vinyl formats; its electrifying lead single, “Shock,” is available now for streaming and for immediate download with album preorder. Produced and co-written by Phil Collen (Def Leppard), SHOCK is TESLA’s eighth studio album. TESLA is actively touring across North America, Europe, and elsewhere around the globe throughout 2019.

One of the world’s most celebrated and enduring rock bands with a diehard, loyal fanbase, TESLA has enjoyed international chart, radio, and tour success for nearly 35 years, with global album sales topping 15 million.

That they are still roaring and soaring should be no surprise. That’s just how they are built. TESLA may have been born in the mid ‘80s eruption of leather, spandex and big hair, but this band has never been about those things. Their bluesy, soulful sound is strongly embedded in the roots of organic, authentic 1970s rock and roll. The same roots that produced bands like the Allman Brothers, Grand Funk Railroad, AC/DC, Lynyrd Skynyrd and Aerosmith.

TESLA’s legacy is alive and well as they continue to record and sellout venues all over the world. As worn in and comfortable as your favorite pair of jeans, as tough and dependable as your coolest leather jacket, TESLA endures because they are a celebration of the greatest spirits of rock and roll.

TESLA is always ready to rock, and they invite everyone to join them with SHOCK.

“Tesla is ready for a year of Shock and awe.”- Billboard

“Taste Like” is a cheerful, gritty rock song that stays true to the band’s bluesy, ’70s-inspired roots.”- Loudwire

“If there is one thing Tesla has always been known for, it is great song-writing, especially for ballads…Shock holds no exceptions as the album showcases perhaps Tesla’s best balladry.”- Cryptic Rock 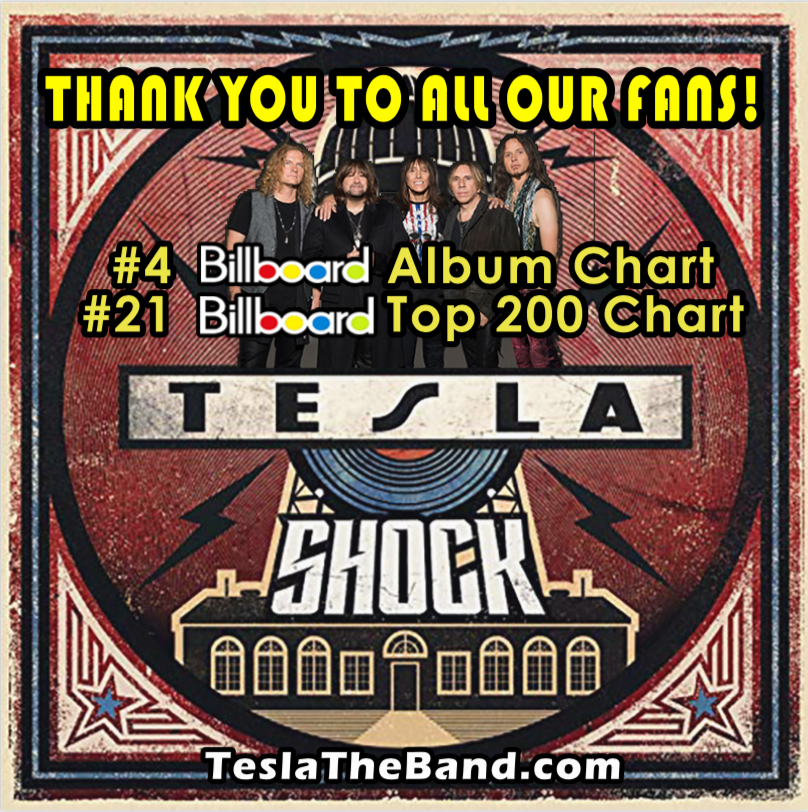