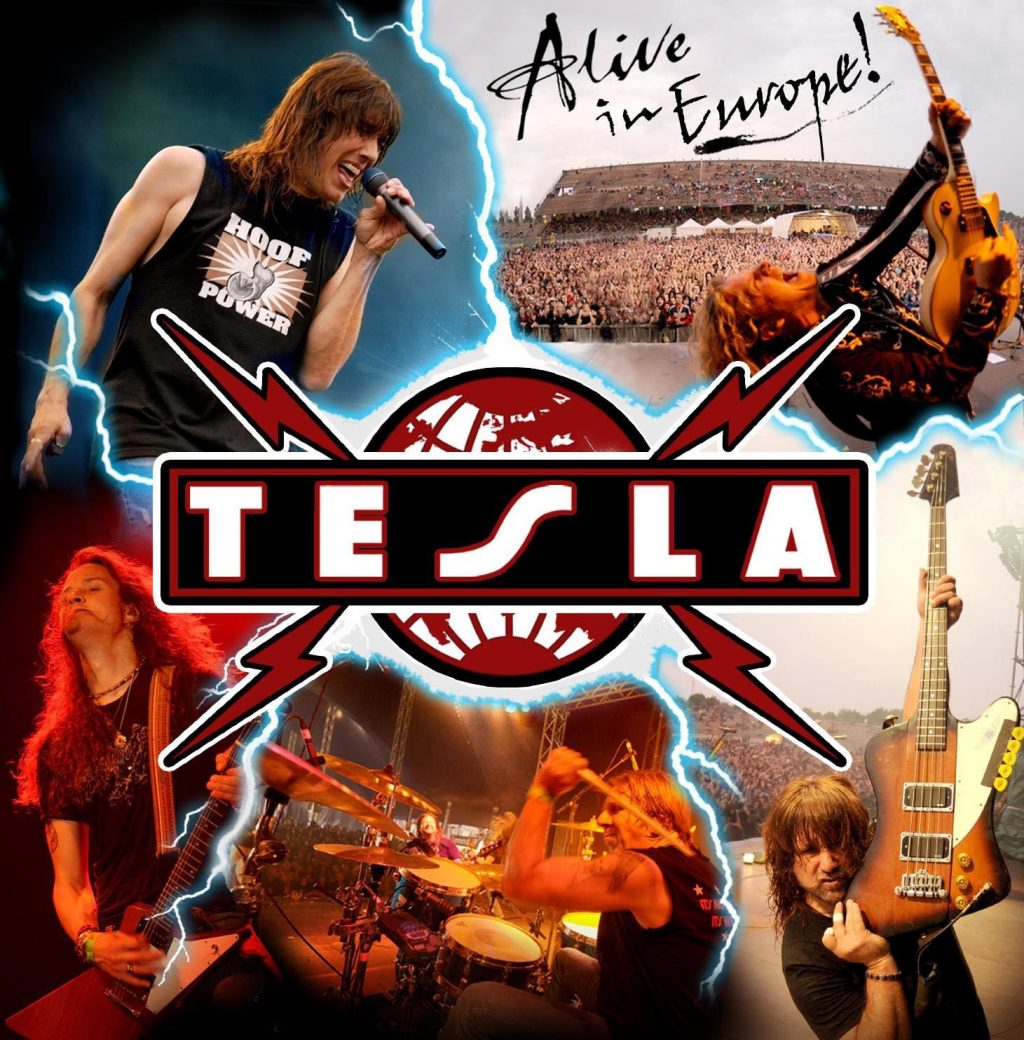 Oh, yes! Sitting nice and shiny on my iPod Touch, direct from iTunes (since I’m impatient and couldn’t wait for the record store to open) is the new live album from Tesla, Alive In Europe. Since I saw them in Glasgow’s Cathouse on this very tour, this CD should be a good reminder of just how awesome these guys are. Before I start, a quick moan about the iTunes download. The download has 15 tracks listed, unfortunately track two “I Wanna Live” is tagged wrong and is the same as the opening “Forever More”. That means the running order is out of sync until “What You Give”, which isn’t on the download… Get it sorted! Anyway… it’s Tesla. It’s Frank Hannon, it’s Jeff Keith and it is LIVE! “Forever More” kicks Alive In Europe off, which is a nice little opener followed by “I Wanna Live” which is one of the outstanding tracks on Tesla 2008’s triumphant return Forever More.

The crowd sounds pumped, which is always a good sign. “Modern Day Cowboy” (from 1986’s Mechanical Resonance) and “Heaven’s Trail” (from 1989’s The Great Radio Controversy) still sound as fresh as ever, and with guitarists Frank Hannon and Dave Rude riffing about them, this can only be a good thing. “What A Shame”, from 2004’s Into The Now, sounds a bit thin in places for my liking. but the incredible “Shine Away” follows (from 1994’s Bust A Nut) and is a carbon copy of the song from the album. Then the always popular “Love Song” (The Great Radio Controversy) arrives, which is a staple at any Tesla gig. The band take a more acoustical turn on “What You Give” (from 1991’s Psychotic Supper) and again the guys sound exactly like they do on the album. “Breakin’ Free” follows (Forever More) and for me is one of the outstanding numbers of the night and of the CD. “Hang Tough” from The Great Radio Controversy falls into place next, and while it sounds ok, this songs has never been a favorite of mine so I classify it as filler. “So What!”, another track from Forever More, keeps the crowd going into the closing stretch of the well received “Signs” and “Lil’ Suzie” before closing with “Into the Now”.

Alive In Europe was always going to be good, and it lives up to its promise. A good crowd, excellent guitar work, and the ever brilliant vocals of Jeff Keith all merge together in a good synergy that conveys that Tesla is a band that loves what they do. For me Five Man Acoustical Jam is still better, but Alive In Europe ranks up there as a prime example of how to record and release a live album (I’m looking at you Faster Pussycat…). The only thing I’m going to complain about is that there is no “Cumin’ Atcha Live” — what is up with that guys? As usual buy, beg, borrow or steal because Alive In Europe! is an essential purchase!