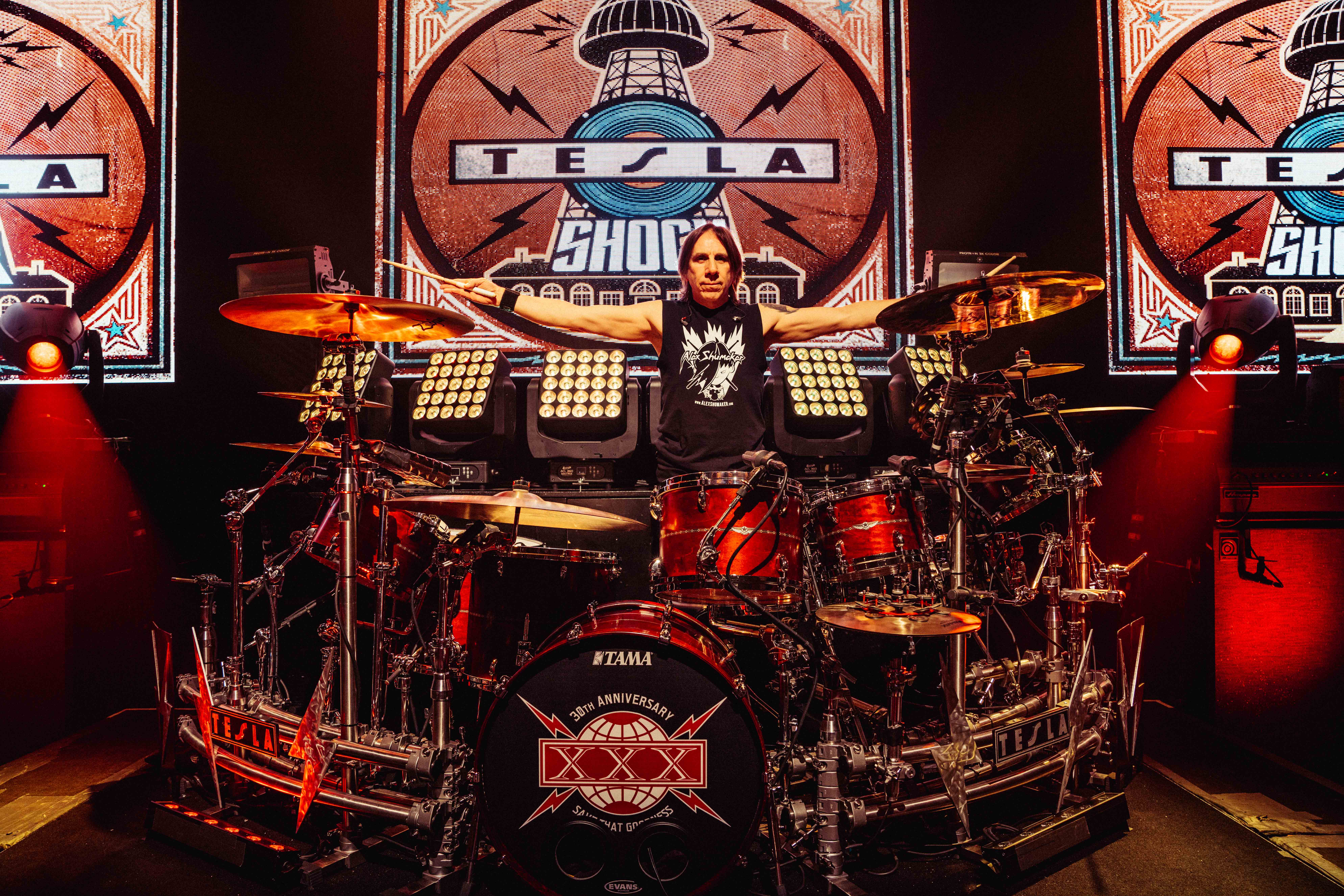 Birthday: October 5, 1959
Birthplace: Lodi, California
Instruments: Drums & percussion
Interests: Drums, Family, Benefits & Church
Favorite Foods: Italian
Favorite Cars: Ford F150
Favorite Sports: Football
Favorite Colors: Red, White and Blue
Favorite Books: The Bible
Favorite Subjects: Drums! LOL
Favorite Movies: It’s a Wonderful Life
Favorite Actors: Robin Williams
Favorite Places: Italy
Favorite Escape: Alaska
How do you spend your spare time? Family
Have you had another career that wasn’t in the music industry? Roofing
Any other band’s you have been in? Whisper, Bennie and The Jets, Eric Martin Band
When did you start to play music? Age 11
What other instruments do you play? Guitar & Piano
What artists are your favorite to listen to? Motown
Which artist might surprise your fans that you listen to? Neil Diamond
Who are your musical influences? The Beatles, Led Zeppelin, The Stones
Have you ever met or played with your musical idol(s)? Yes – Brad Whitford (Aerosmith) and Derek St Holmes (Ted Nugent) in Whitford St Holmes record I played on
When did you know you wanted music to be your career? Late teens
Who helped you get (your foot in the door) in to the industry? Elektra Records 1983 1st Record I ever recorded for The Eric Martin Band

Troy grew up in the east San Francisco bay area playing in bands such as Whisper, Benny and the Jets, 415 and the Eric Martin Band before joining TESLA in 1985. Troy’s son, Troy Jr. is also a fantastic drummer. Troy also produces other artists and plays drums on recording sessions in the studio with artists like Ronnie Montrose, Marc Bonilla and others.