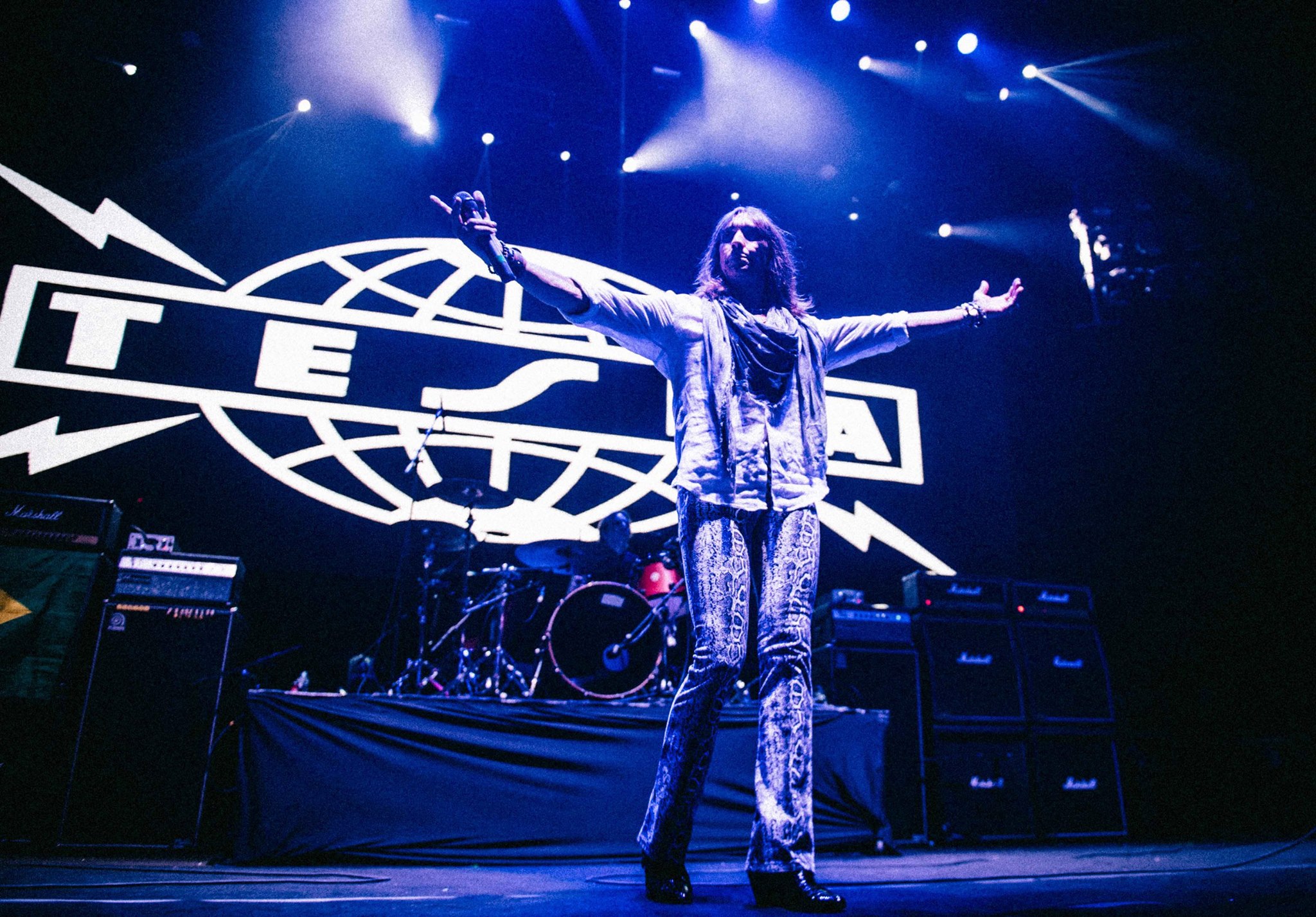 Jeff Keith started singing at 24 years old while drivin’ a semi truck delivering rock and septic tanks in the mountains of Northern California. He sang in a band with his brother called “Troubleshooter” before joining Frank Hannon and Brian Wheat in 1983 in their cover band called “City Kidd” which was later named “TESLA.” He was born in Texarkana and grew up in Northern California as well as Idabel, Oklahoma, where he graduated High School and majored in FFA (Future Farmers of America) before moving back to Georgetown, California, a small mountain town in the Sierras. JK won a singing contest and was introduced to the guys through some friends who knew the band. Despite his lack of experience at the time, it was his unique and raspy voice that caught the band’s ear.

J.K. is a huge country music fan. As a matter of fact, he is about to release his first effort as a country artist with a couple of very good friends from Nashville, Tennessee, Kent Goodson and Pat “the other” Boone. The project will be titled “Jeff Keith and Country Music Friends.” Kent Goodson is best known for his work as George Jones’ keyboardist for 28 years, from 1982 – 2011. He has also played a big part in the songwriting and production department for the project.

J.K.’s other partner in CMF is Pat Boone (not the one with the white boots, that’s why we call him Pat “the other” Boone). Pat is still George Jones’ monitor engineer for over 10 years now, which still holds the record at that particular position. Pat’s role in the project is not only in the songwriting department, but also as Captain of the pontoon boat on “Old Hickory Lake” where most of CMF’s songs were written. JK hopes everybody will be very supportive in his passionate pursuit of a lifelong dream for his love of country music as well as enjoy the music!