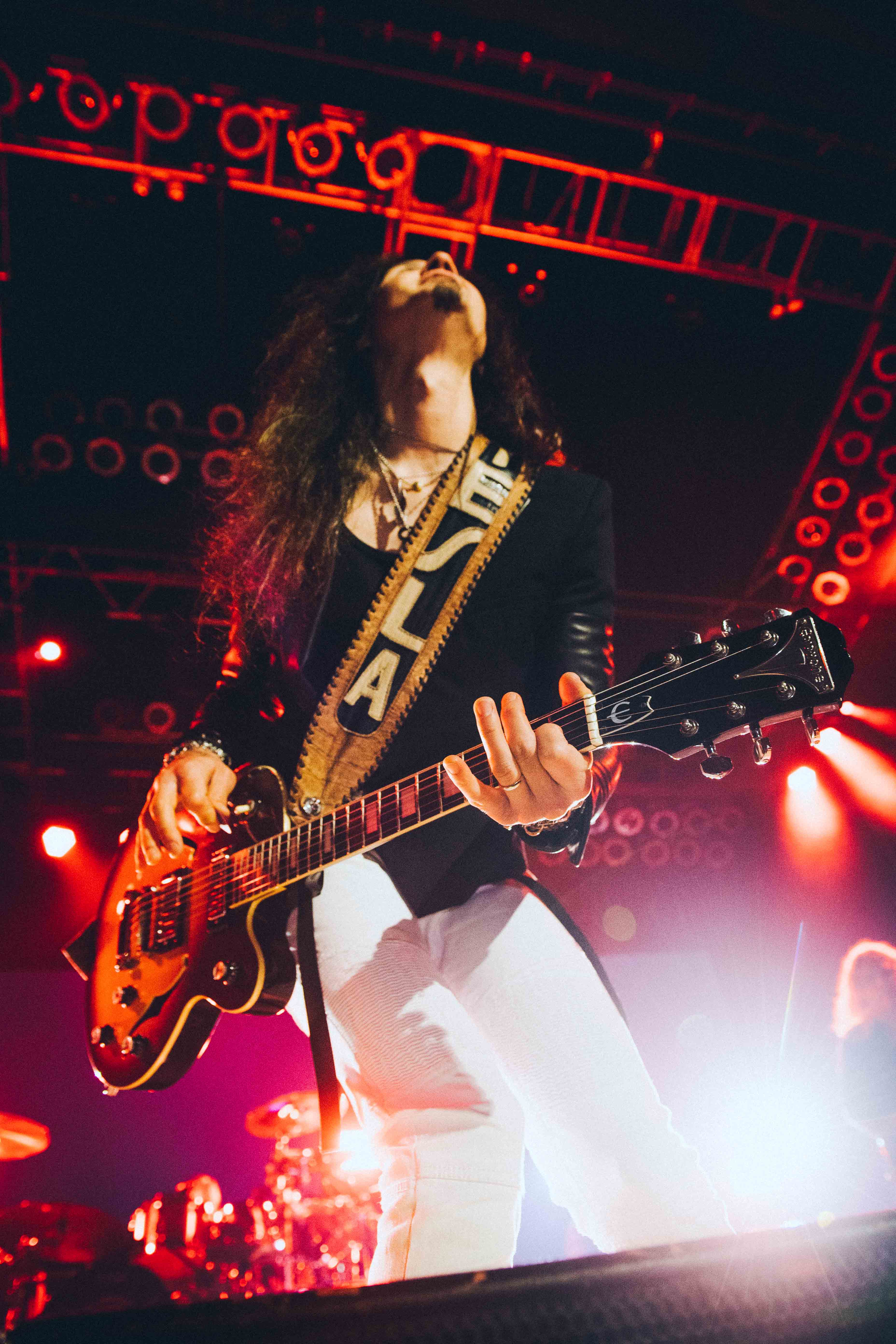 Birthday: June 14, 1978
Birthplace: Albany, California
Instruments: Guitars & Vocals
Favorite Foods: Peruvian, Thai
Favorite Cars: Motorcars
Favorite Sports: Not really into sports
Favorite Colors:Black & Red
Favorite Books:“The Orphan Master’s Son”, “The Sympathizer”
Favorite Movies: “Spy Game”, “Prometheus”, “Hellboy”
Favorite Actors: Christian Bale, Matthew McConaughey
Favorite Places: The Bay Area
Favorite Escape: Reading
How do you spend your spare time? With Family
Have you had another career that wasn’t in the music industry? No
Any other band’s you have been in: Dave Rude Band, The Servants
What was the first album you purchased? “Purple Rain”
When did you start to play music? Started singing since I was a baby, started playing guitar at age 9.
What other instruments do you play? Bass, Mandolin, tiny bit of Piano.
What artists are your favorite to listen to? Right now the Tedeschi Trucks Band, John Mayer, and Tove Lo.
Which artist might surprise your fans that you listen to? Bruno Mars, OneRepublic, Katy Perry
Who are your musical influences? Guns ‘n’ Roses, Michael Jackson, Elvis Presley, U2
When did you know you wanted music to be your career? It’s all I ever wanted to do.
Who helped you get (your foot in the door) in to the industry? Frank Hannon

Dave started playing guitar at 9 years of age and grew up near Berkeley, California. His main musical influences are Guns ‘n’ Roses, Stevie Ray Vaughan and Double Trouble, Metallica, and Tom Petty and the Heartbreakers. Living in the SF bay area, Dave attended SFSU for a history major, but left school to pursue his music career instead. As it turns out Dave was a huge fan of TESLA’S “5 Man Acoustic Jam” album when he was a kid, but it was Guns ‘n’ Roses’ “Appetite for Destruction” that made him want to rock and be the axe shredder he is today.

Dave played in a band called The Servants around the San Francisco club scene, before starting his own solo group aptly called Dave Rude Band. That’s when he was discovered by Frank on his band’s mySpace page, which led to him joining TESLA in 2006 for the “Electric Summer Jam” tour.

His first studio experience with TESLA was recording the critically acclaimed “Real to Reel” covers album. The 2008 album “Forever More” was Dave’s first studio album of all original music with TESLA. His positive energy and undeniable talent on the guitar has proven to be a burst of greatness for TESLA.