Founding Tesla bassist Brian Wheat has penned a new memoir titled Son of a Milkman: My Crazy Life with Tesla out now everywhere books are sold.

The book, which features a foreword penned by Def Leppard frontman Joe Elliott, takes a candid look at Wheat’s life as a member of a successful rock band, and also delves into some of his personal struggles.

In Son of a Milkman, Wheat writes about the sex, drugs and rock ‘n’ roll lifestyle he experienced during Tesla’s heyday, while also opening up about his issues with bulimia, anxiety and depression.

Among the many career highlights Brian discusses in the book are his encounters and/or collaborations with rock bands and stars including Def Leppard, David Lee Roth, Alice Cooper and Paul McCartney.

In celebration of the memoir’s publication, Wheat will take part in an online signing event that will stream live on Wednesday, December 9, at 3 p.m. ET at LiveSigning.com/Milkman. Fans can pre-order signed copies of Son of a Milkman at PremiereCollectibles.com, and also will have the opportunity to submit a question for Brian that he may answer during the streaming event. 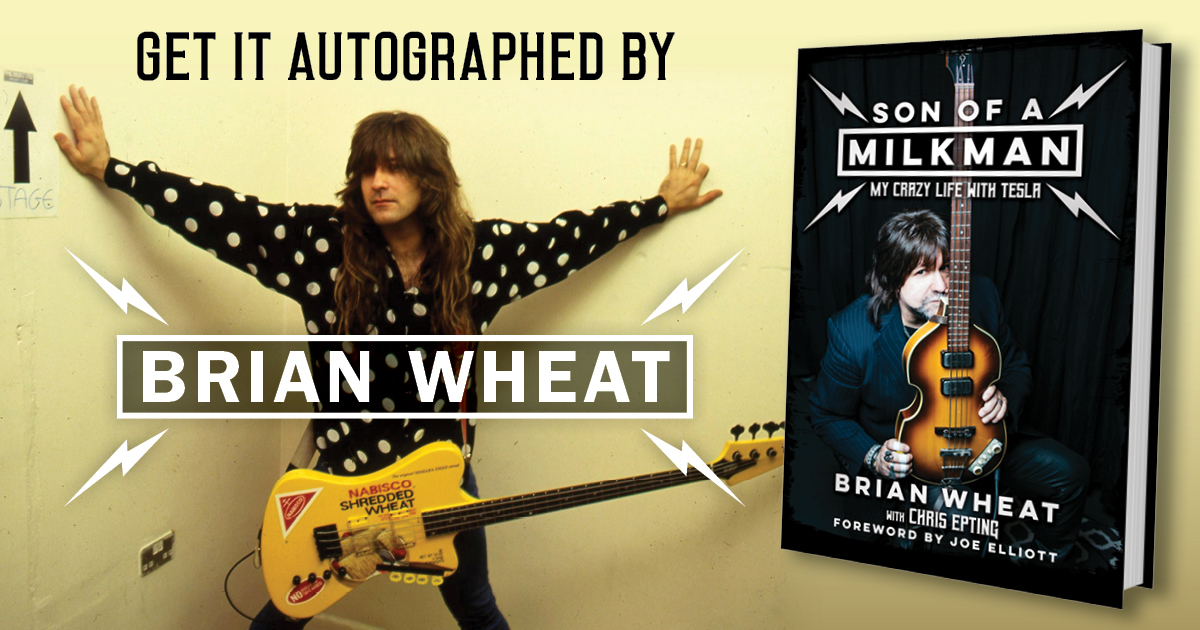